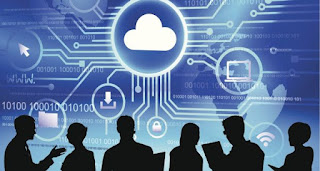 The current global dynamic is an unprecedented one: never before has technology permeated society to such a degree. While the affordances technology offers in terms of communication and information are substantial, it is important to remain aware of the potential risks associated with technological immersion. One concern points to the influence of electromagnetic fields (EMFs), physical energetic fields produced by electrically charged objects.

Human exposure to EMFs is nothing new, however during the 20th and 21st centuries environmental exposure to man-made EMFs has been steadily increasing in coordination with technological demand. When an electronic appliance is turned on, it automatically begins emitting electric and magnetic energy outwards, in the same way that a light bulb will emit heat. The more power the appliance requires, the greater the EMF radiation will be. Radiation in itself is not negative, but it may interfere with energetic systems in the environment.

The human organism is one highly specialized energetic system. Movement in the human body is propagated by tiny electrical currents produced by the chemical reactions that occur as part of normal bodily functions. Neurons communicate with each other through electric impulses which correspond to a rearrangement of charged particles within cell bodies. The electrical output of the human organism is subtle but is still susceptible to interference from external sources.

When an electromagnetic field is strong enough, it may affect biological responses and influence individual well being. Most producers of EMFs such as microwave ovens, computers, wireless (wifi) networks, cell phones, bluetooth devices, and power lines emit low energy radiation. While the true effects of low energy EMFs are uncertain, it is likely that the cumulative effect of this radiation will have a long lasting and negative influence. EMFs work to redistribute electric charges in the body and induce circulating currents in the body. If sufficiently large, these currents could cause stimulation of nerves and muscles and affect their biological processes.

In the 21st century it is incredibly difficult to distance oneself from all forms of electromagnetic radiation. Luckily products exist which serve to counteract the negative effects of EMFs. Shungite, an incredibly potent crystal, is the only crystal which emits its own electric charge. This charge is negative and effectively neutralizes the positive radiation emitted from appliances. Shungite can be worn as a necklace or bracelet, or kept in the pocket for on the go protection. In addition, Safe Connect Plus+ products can be worn or attached to an electronic device in order to automatically negate the harmful accumulation of static electric energy.

Stop by to visit The Om Shoppe & Spa to pick up some EMF protection!
Posted by The OM Shoppe
Email ThisBlogThis!Share to TwitterShare to FacebookShare to Pinterest